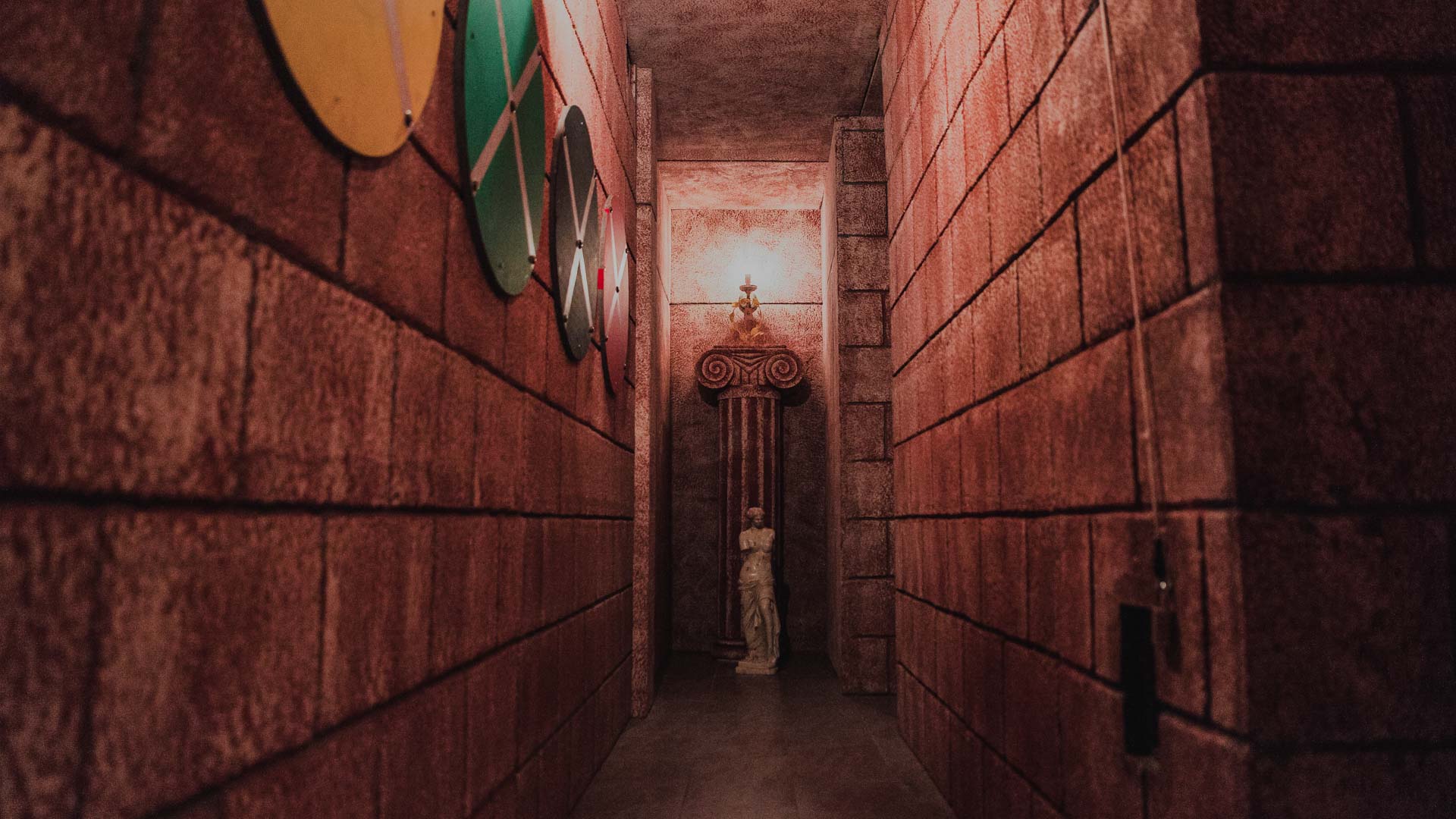 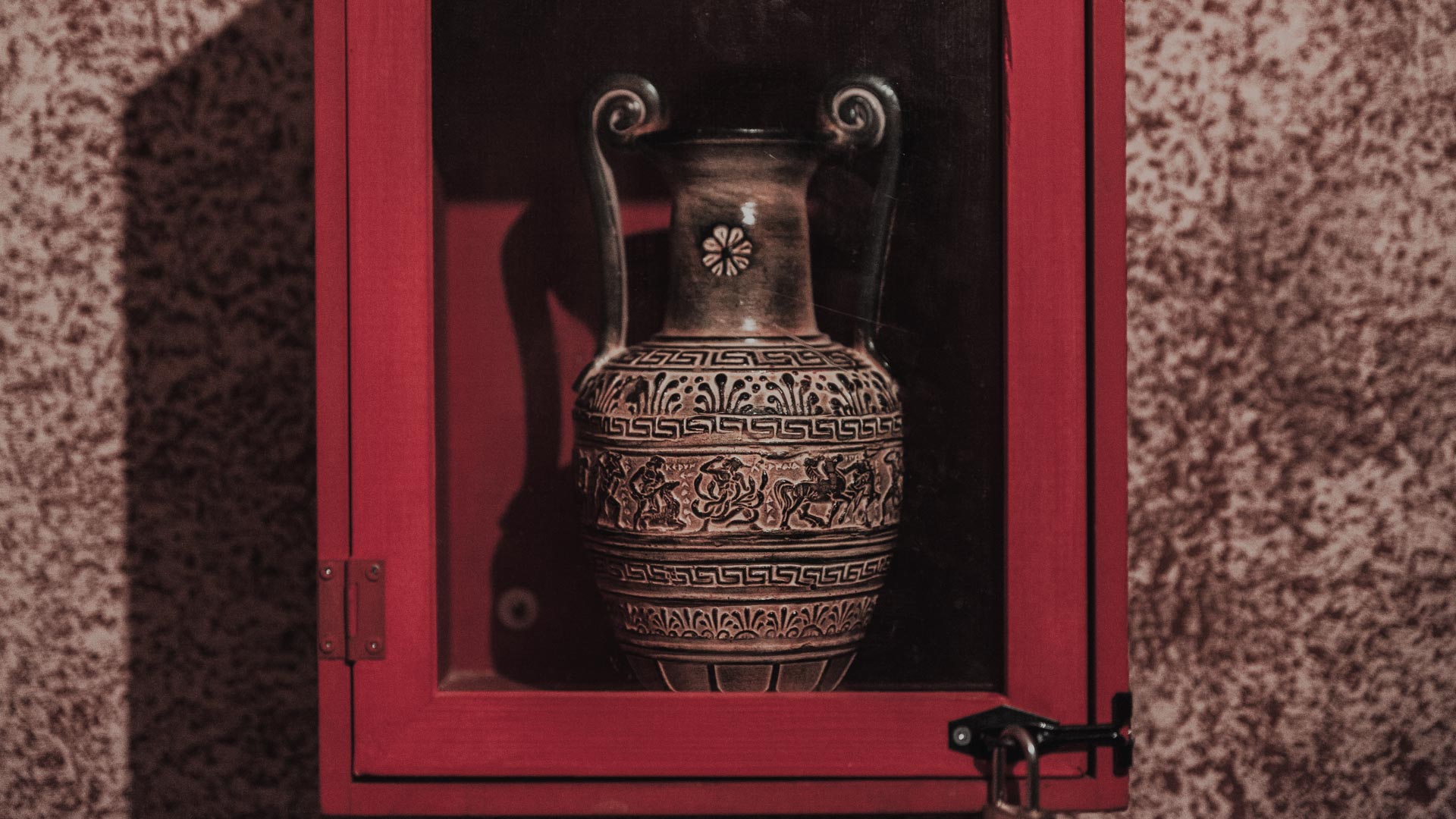 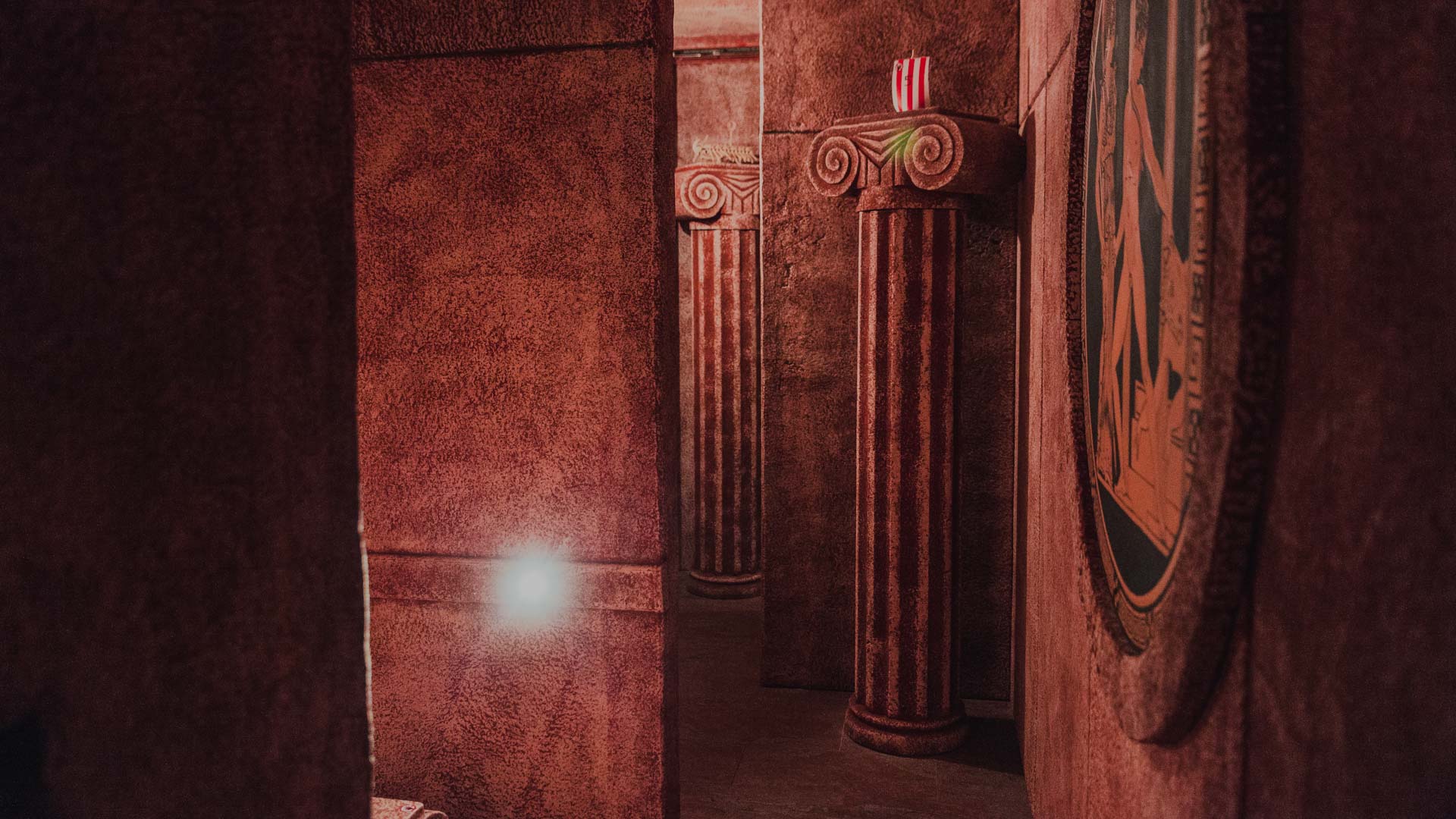 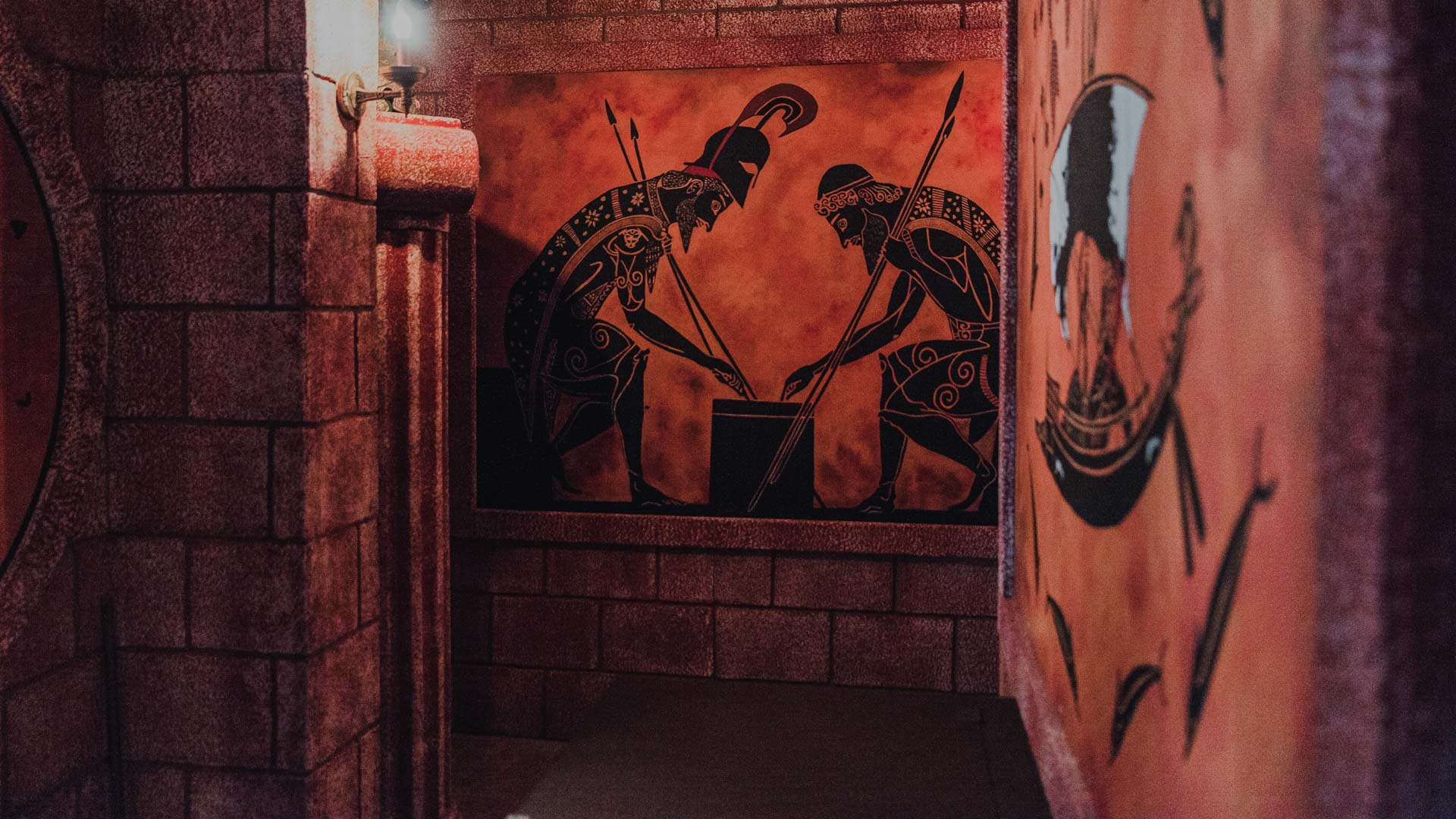 
According to legend, Minos, king of Crete, built a labyrinth where he locked up the Minotaur, a dangerous creature born with a human body and the head of a bull. It happened that the son of Minos, Androgeus, who had traveled to Athens to participate in the Olympic games, was killed for having won too many competitions, attracting the jealousy of the humiliated Athenians. In revenge, Minos decided that every year 7 Athenian boys and 7 Athenian girls would be taken into the labyrinth as sacrifices and given to the minotaur, who only ate humans. Now that you have been taken into the labyrinth, you have succeeded in the epic quest of killing the Minotaur, but the news of its death has reached King Minos who has sent an army to kill you. You only have one hour to escape or face certain death....

Via Interrato dell'Acqua morta 4/A